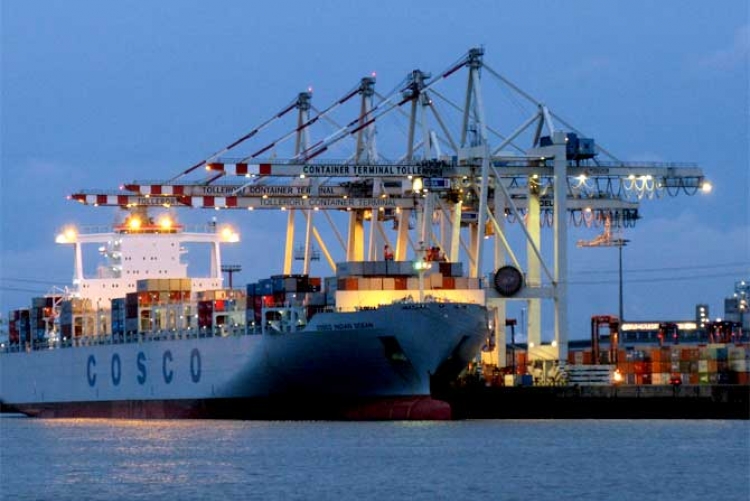 Everyone loves a trip to Hamburg. In July 2017, there are two good reasons to go there. As a highlight of the ending German presidency of G20, the G20 summit is being held in Hamburg. Including media hype, police parade and the whole rigmarole.
Hamburg and its harbour are an important hub for the German export economy and the global goods traffic – and because of that, the perfect scenery to disrupt the state and capital. Both will never be able to provide a better life for all. We are calling to use the international mobilization against the G20 summit to inflict as much pain as possible to a world where goods can move freely over seas while at the same time migrants are dying by the thousands in the same oceans.

One thing is clear: With the heads of state and government from the 19 biggest industrial nations and Europe, there can only be superlatives – their promises for a „just planning of globalization“ will all be broken once again. The summit is a central expression of the political predicament called capitalism: The systemic contradictions will not be solved by the politicians and their staff, but will rather only be managed by them. The G20 is not a collective actor, but rather a court of competition between the western NATO-states and Russia, between the southern European periphery, who are allowed to play within the scope of EU-membership, and the German state trying to extend its economical and political dominance also on the level of the G20 meeting. The other participants are also part of this bad scene: Turkey, who is in the process of transitioning into an open dictatorship, threatening thousands of people with repression or incarcerating them and fighting a war against their own population, Brasil and its new ultraneoliberal and technocratic government, the nightmare of Trump, who will even make the neoliberal elites be afraid etc.

The less politics and its actors are able to provide solutions for the problems of the people in times of crises, but are on the contrary advancing the worldwide barbarization of societal circumstanes, the more they try to simulate a political ability to act. The G20 summit is therefore – not least because of the German parliamentary elections in 2017 – primarily a representative event which wants to legitimize itself through putting on a show. This is demonstrated in the massive attempt to integrate NGO’s and initatives within the scope of the civic process. In the same manner, holding the event in the city center is not only a simulation of closeness to its citizens but also feigning interest in dialogue and the concerns and demands of civil society. Choosing Hamburg was no coincidence, but rather an ideological attempt towards relegitimizing the G20 summit. As to defend the status quo.

Meanwhile, the numerous systemic crises of global capitalism continue to take place: technological progress – under the pressure of capitalist relations of production and structures of ownership – is not getting rid of poverty, but of human beings. Politics are managing those processes of crises, disciplining the dispensable and at the same time presents itself as an answer to all problems, whose solution it can never be, due to structural and systemic reasons. This leads to frustration and a shift to the right, nationalist seclusion phantasies, from which even leftists are not exempt, and a growing reactionary opposition to globalization – which in turn leads to ever more aggravating impacts of the crises and blocks progressive solutions for those problems to be formulated.

Because the right-wingers can only prove their political ability to act in a negative way – through excluding even more people of their fundamental rights and from societal abundance and wealth, than the highly engineered capitalism is already doing due to its inherent economic dynamics.

Broad civil protests against the summit, emerging and being planned everywhere in Europe, are questioning the legitimacy of the ruling policy, and rightfully so. We have a lot of respect for that. But they fail to recognize, in their calls for „real problem solving, democracy and justice“ the importance of analyzing the systemic character and the structural boundaries of politics in global capitalism. They are thus risking fueling the lefts‘ illusion of a unitarian state able to provide political capacity to act. Capitalism and nationalism will not be able to guarantee an emancipatory perspective, neither in the short- nor in the long-term. Only by overcoming capital and the unitarian state, will a societal prespective, which does not rely on the organisation of deficiency, but on a solidary disposition of societal assets and wealth, present itself.

On the other hand: the self-organization in this society will not be possible in the current political and economic order. This will only work once the barriers of nation states, the constraints of the capitalist world-market, the private ownership of production means and the regiment of production are overthrown. Even though the plan may seem daring, the technical requirements today are better than ever. Instead of hoping for some more crumbs for the numerous dispensables of hightech-capitalism, we need to focus on a perspective beyond the bakery. This perspective wil only be attainable, if we start to develop and design it today as well as establishing it across borders. Against an order where crisis is normality and normality implies a state of crisis.

The possibility presented to us by Hamburg, is to use the G20 plattform to showcase, together with our friends from Europe and beyond, through focusing the logistics towards one target how we can overcome symbolical politics. We aim to find a way out, to hurt capitalism in a vital point and to refuse the drift into nationalist and religious barbary. Without revealing too much: This way-out will not start with a plea to the state, but with trans-border interruptions of the logistics of capital itself. Because this is the only language it will understand.

For something better than the present.